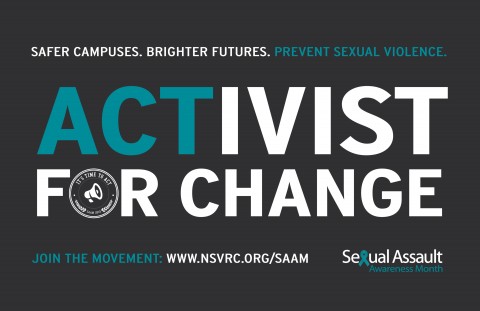 Letter from the Executive Director

Jackson, MS – SAAM is here! I am so excited about the focus on Safer Campuses and Brighter Futures.  One of MSCASA’s greatest assets is its long standing relationship with colleges and universities locally and nationally.  We take pride in our collaborative efforts to provide campus communities with tools and support to end sexual misconduct.

From 2003-2012, MSCASA has partnered with Tougaloo College, to provide national training and technical assistance to other Historically Black Colleges and Universities (HBCUs) as a special initiative of the Office on Violence Against Women.

The 2015  Sexual Assault Awareness Month campaign is geared to encourage safer college campuses.  Partnerships with campuses and victim services agencies are valuable resources to accomplish this goal.  Everyone has a role to play in creating a safe campus community.  We all can act to prevent violence on campus by intervening directly, by distracting or by delegating.  Change comes by making a decision to doing something!

MSCASA and victim service agencies around the state will implement a new strategy in collaboration with Green Dot, Green Dot 2.0 Community Strategy, to Invite, Inspire, Engage, Strengthen and Sustain communities free from violence by engaging men in the solution.  Together we will become active bystanders, become part of the solution, and not stand by allowing behaviors that support violence.

Direct: do something yourself (like ask someone to stop what they are doing, or check on someone you might be worried about).

Delegate: if you can’t do something yourself because of your obstacles, ask his friends or her friends to help; talk to a trusted family member, a pastor, local law enforcement or your boss.  Tell the bartender to check in or a family friend.  Lean an anonymous note for the supervisor.

Distract: if you don’t want to address the situation directly or even acknowledge you see it, try to think of a distraction that will diffuse the situation or calm things down in the movement.  A distraction might be “accidentally” spilling a drink; asking to borrow the phone of someone who is in a risky situation; asking for a ride or starting an unrelated conversation.

Posted On February 25, 2016 ~ 0 Comments
In recent years, nearly 30 percent of American schoolchildren have reported being a part of bullying, either as the bully, victim or bystander, accounting for…